Back to BFE II.  Last Thursday we played the "Fighting Withdrawal" Sudan scenario which was developed by Matt Irsik of Warning Order fame.  It is a fictional scenario but quite clearly inspired by a certain debacle for the imperial forces...  I slightly amended the OOB to suit my collection - more camels.

This proved to be a real cracker of a game with swings of fortune dramatically shifting from the Dervishes to the Egyptians.  Initially the Dervishes crushed the Egyptian speed-bump force ordered to hold while the balance of the retreating Egyptians made for the village and fort.  Without the loss of a single unit the Dervishes destroyed several Egyptian units.  However, the rear guard did their job and the Egyptian column made it the buildings and hunkered down just in time.

Now the Dervishes started losing units at an alarming rate.  By the end of the game the Dervishes had taken the fort but were no where near taking the village leaving the victory to the initially demoralized Egyptians.  It was a fun evening.

The pictures are random but give  a sense of the action and how I base my miniatures.  I have a fairly pragmatic approach to painting and this collection is a combination of very old figures and newer ones.  The old ones are glossy still.  I love the old Connoisseur figures and just ordered some more.  However, I think the Old Glory range is excellent and many of my Dervishes are OG.  I have some Perry figures too that are quite nice.  Still love the old classics from Gilder, however. 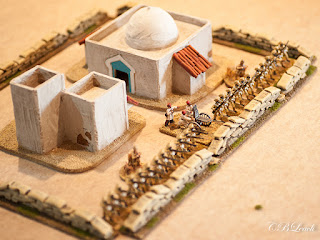 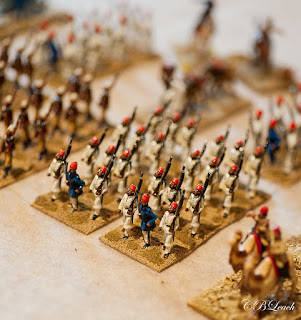 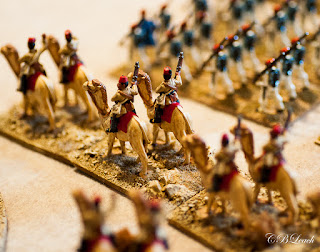 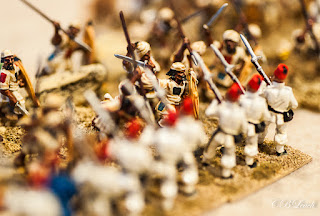 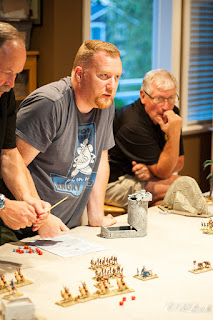 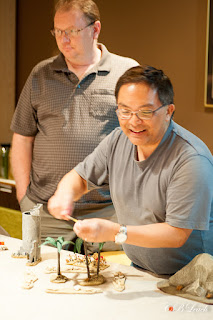 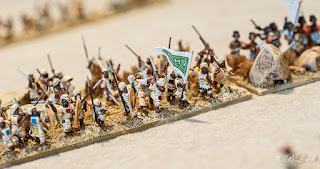 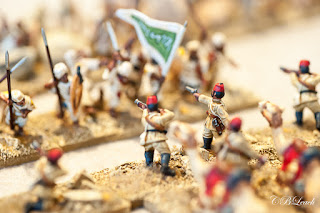 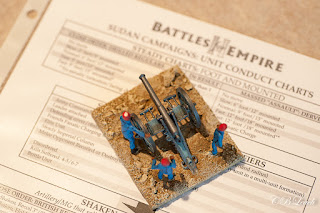 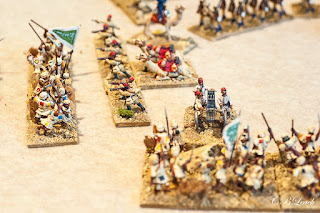 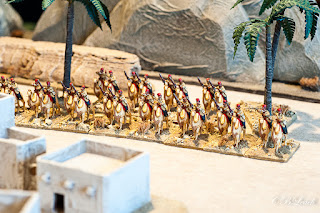