Well, we are still in a non-gaming situation and it is frustrating but necessary.  I have been painting when I can and have 4 companies of Sudanese Egyptian Army infantry on the painting table. Connoisseur, of course.  Very much looking forward to gaming in the near future.

Hoping that all of you are well and will soon be gaming again too.

So strange to see my last post and realize how "normal" life was back then.  I hope that everyone is staying safe, NOT getting together for games, and using the time to paint and read.  Be safe my BFE friends.  I am working on a version of BFE for ACW and another for the Great War....long term projects, but fun to tweak when I'm not working on online course materials and communicating with my students.
Take care.
Posted by Chris at 14:12 No comments:

We played the scenario in the Skirmish Campaigns Zulu War scenario book designed for TSaTF.  I amended the scenario somewhat to suit BFE II.  Well, I was likely too generous to the Zulus.  This was definitely not the swan song of the Zulu nation and was, instead, a very heavy and ultimately losing fight for the British.  Nevertheless, it was great fun (at least for the Zulus) and it was great to get  BFE game on the table after lots of ancients and Napoleonics.

Here are some pictures.  Included are a couple of shots of some new units being based.  To stretch my collection I have used a few rocks to fill the base.  I like the look, but not really sure why I felt the need to do this.  I have about 40 Zulu units and this is really more than I ever need. 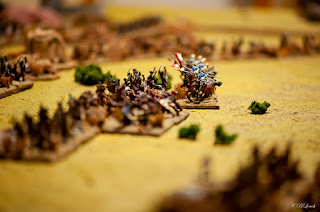 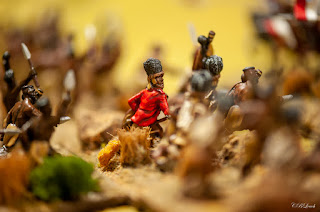 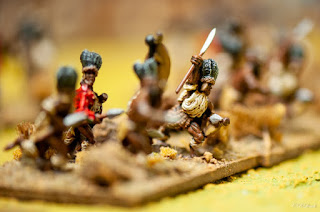 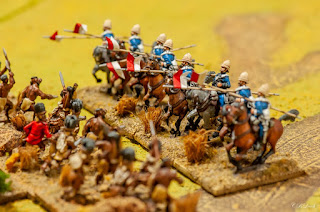 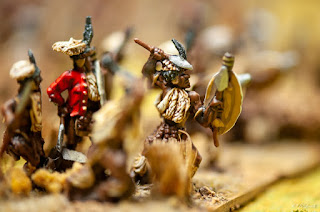 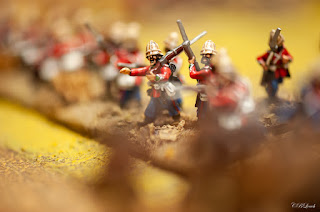 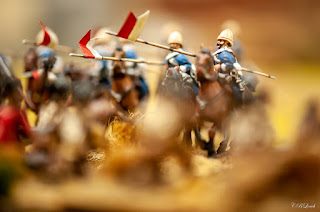 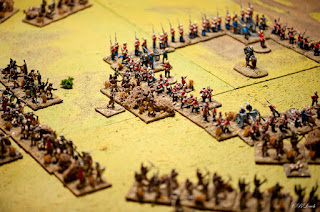 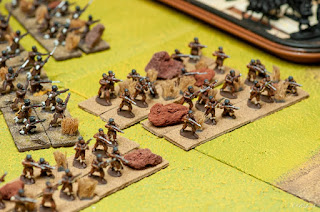 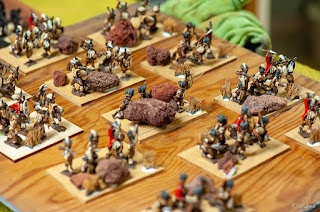 Hello friends,
I just want to wish everyone a happy holiday season and the best for 2020.  I have just finished painting another 100 Zulus and look forward to pushing them around this coming year.  I suppose January 22nd and 23rd loom!

All the best.
Chris
Posted by Chris at 13:04 No comments:

We played an excellent game on Thursday using the rarely employed ladder assault rules against a fort.  Tough for the attackers, but the rules worked well.  In a big abstraction, the siege rules are even more abstract, but they seemed believable in their representation, I think.  The game did however highlight the need to refine the language in this section which I have done.  At some point I will release a new errata sheet with some of these refinements.  And down the road a third edition of the rules will be released although this will be campaign specific (Sudan or Zulu War etc.)

All the models and buildings came from the collection of Colin, the youngest member of our group pushing 50?  Aging bunch we are.... 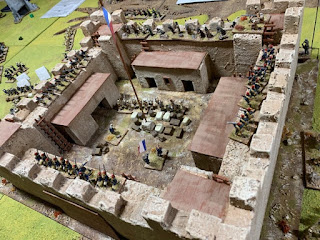 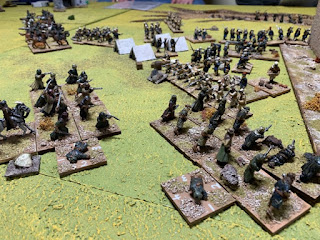 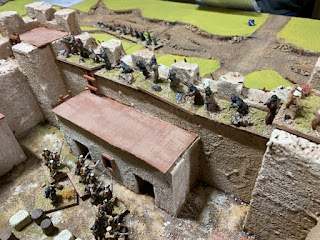 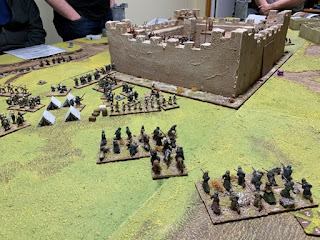 On Military Matters (US) contacted me to have the book printed for customers that wanted to avoid having to print the rules from a PDF.  So, now you have the choice - PDF from Hotz or a printed version from OMM.

Cheers,
Chris
Posted by Chris at 08:49 No comments:

Thinking about my previous off-the-cuff "rant" I realize that what drove it is something that has preoccupied me for a long time.  As a cultural and military historian by profession, I am conscious about the role that popular representations of warfare in the culture play in "militarizing" society.  A book like Chris Hedges War is a Force that Gives Us Meaning or Joanna Bourke's various books on violence should give us pause when we push around our models.  I know that we are normalizing warfare.  This is why I think it is important that we really consider what we are simulating and why and that our "games" should be somehow scholarly and taken somewhat (and I am very guarded here) seriously.

I know that this is raining on the parade.  I love this hobby and the people I share it with.  My friendships of 40+ years built around a table filled with toy soldiers are important to me.  They are thoughtful people of high moral standards.  I also think that they are aware of the moral problem of the hobby.  But when that miniature unit of soldiers flees, the hoots of victory obscure what that is simulating.

Recently I read a book about war representation in modern culture by Philip Beidler aptly titled Beautiful War: Studies in a Dreadful Fascination (2016).  In a chapter on ACW re-enactors and the making of the film Gettysburg, this US army veteran-scholar expressed his disdain at those who play at war and make it "beautiful" while expunging from their re-creation any of the horror of war.

Now, I know many former military personnel that play war-games.  I also know that some scholars see worth in the pursuit (Phil Sabin most notably -- many others keep it quiet and most military historians are professionally disdainful of it).  I suppose I hold onto the worth of the hobby for its many social, scholarly and entertaining attributes.  I also know that, as the conservative historian Martin van Creveld has asserted, war is a deeply engrained part of human activity.  It seems to be something that we do.  So examining it, in its many forms, is important.  But I would be lying if I didn't struggle with the issues noted above, while taking the game seriously enough (but not too seriously to over-blow its worth) to respect what is being represented.